In 2005, my second child – a boy – was stillborn.  Only then did I discover yoga with anything resembling intention. One morning, my friend Alex Auder appeared on my doorstep with a yoga mat. “I’m going to teach you to breathe," she said.

I had practiced yoga here and there before. While I had liked it fine, there seemed to be a lot of stuff.

I did not “get" the total devotion that yoga devotees sometimes espouse.

I say this because I want readers to understand that I was, in certain ways, an unlikely candidate to be a yoga convert.

In breath though, I discovered a way to temporarily relieve the nausea-like effects of severe anxiety. The kind of anxiety that cuts you, and shallows your breath.

Research shows that baby loss often causes Post-Traumatic Stress Disorder (PTSD). Symptoms include insomnia, anxiety, and flashbacks. In my own case, I felt hopeless and alone.

“[W]hat most people do not realize is that trauma is not the story of something awful that happened in the past, but the residue of imprints left behind in people’s sensory and hormonal systems. Traumatized people are often terrified of the sensations in their own bodies. Most trauma-sensitive people need some form of body-oriented psychotherapy or body work to regain a sense of safety in their bodies."

In the months following my son’s death, yoga enabled a pathway for me to experience myself in my body again.  In a saffron-hued and scented yoga studio, lit with candles, I learned to stay in a moment even as I yearned to escape it. Everything was profoundly triggering. I was hyper-vigilant to what I perceived to be the probability of sudden loss.

I could not escape the memories I associated with my son’s stillbirth – the frigid air against my skin, and the pale moonlight that flooded the sky all night, turning the snow blue.

And still, in a pose, I could hold on.

According to Dr. van der Kolk:

[Y]oga helps regulate emotional and physiological states … [W]hat is beautiful about yoga is that it teaches us – and this is a critical point for those who feel trapped in memory sensations – that things come to an end. The process of being in a safe space and staying with whatever sensations emerge and seeing how they come to an end is a positive imprinting process."

Lying on heavy woven yoga blankets and deep in winter, I listened to my instructor explain paths to enlightenment. I don’t know enough about them to try exploring them here, but there was such exquisite beauty in the mere notion of being released from suffering. I was truly open to ideas of dimensionality in a way it had hitherto long since lost. My mind was scattered as my body was sprawled on the mat: both were trying to reintegrate.  The whole of me was trying to emerge. I felt like a photo in a tray at a film developing studio, first blank and then an image tremulously appearing. 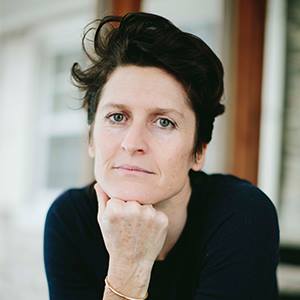 According to Dr. Van der Kolk:

“[T]he rational brain is the crowning glory of human beings. It is there to help us engage in the world, but it is not very good in helping us take care of ourselves … [P]eople with PTSD, usually are out of touch with their physical sensations, and, as a consequence, have trouble taking care of themselves."

It was liberating to let the rational mind go as much as I was able. Because it was faith of different kinds and traditions along a continuum of the absolute to the highly skeptical that got me through. As with Lucy in the wardrobe, Narnia-bound, I found in me, enough (never wholly, but enough), the capacity to believe in the not-quite- impossible. Yoga and meditation provided a critical conduit towards meaningful integration of pain and loss and fear.

In loss, it is necessary, good and correct to seek the things that sustain one – things that can strengthen one like a strong spine or a meditation on which to attach a new self in a world that is necessarily transformed.