There are so many ways you can offer support. Sign up for calendar items, send a gift, make a donation or leave a note.

Register now to sign up to help and be kept up to date as needs change.

Please enter the email address you registered with. We’ll email you a link to reset your password.

That's so nice of you.

You will now be taken to Amazon to complete your purchase.

purchase in a new tab

Please note the shipping address for the
Wishlist you are purchasing from:


Digital gift cards can be sent to:

Give InKind is honored to feature Melissa Monroe.

On August 6, 2013, I went to awaken my two-year-old daughter Alice from her nap.  She’d slept unusually long that day, I thought, as I walked toward her room.

I picked her up and saw that she was stiff and blue.

I called the paramedics and tried CPR.

But it was too late.   My darling, funny, healthy daughter was gone.  And no one knew why.  Months later, the autopsy still found nothing.  We would never know why she died.

In the days and weeks that followed, I struggled with several things.  I struggled with intense, crippling, paralyzing, guilt that I perhaps had done, or not done, something that contributed to her death.   I struggled with recurring images of seeing her blue face as I pulled her out of the crib. I was also suffering from insomnia and panic attacks, things I had not suffered from prior.

A dear friend in the military listened to my struggles, and calmly said, “I have a friend that has these symptoms, and he has PTSD.”

As it turned out, I did indeed fit all of the diagnostic criteria for PTSD.  PTSD can develop in some people people who have witnessed or loved through a shocking or scary event, or an event that is, or is perceived to be, life-threatening.

In the midst of my shock and grief, however, I had not quite put together that I had all of the diagnostic criteria for PTSD, though I was definitely aware that something was wrong.  Luckily, I caught it about as quickly as one could identify it, and I was able to get the help and support I needed. 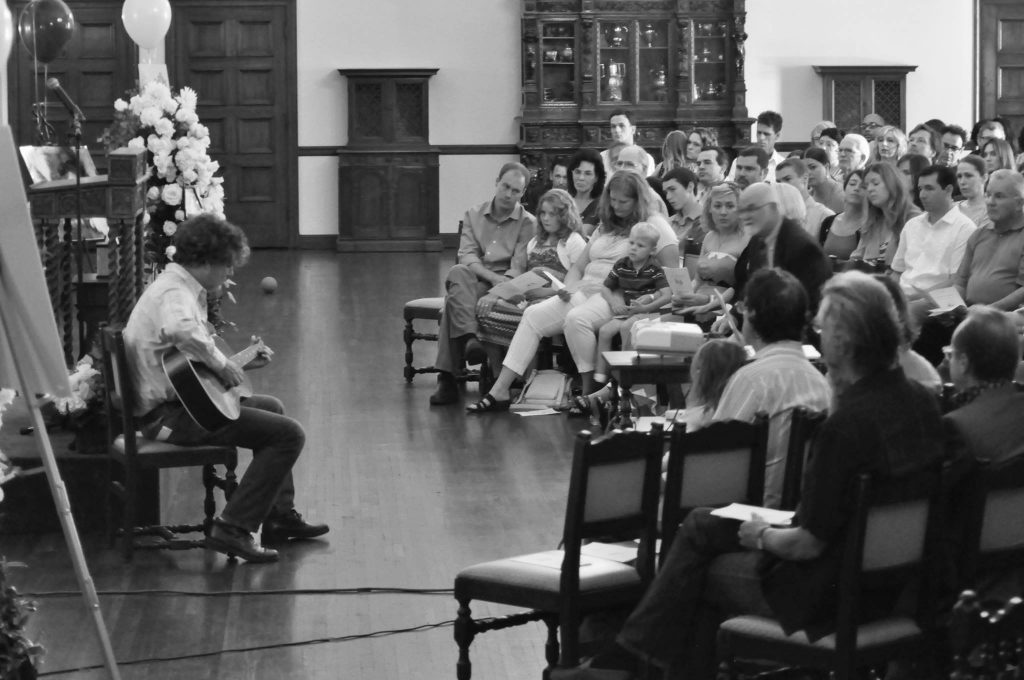 Prior to realizing that I had PTSD, I did know I was hyper-aroused, and as a result, had strengthened my commitment to my already-existing yoga and meditation practice.  Once I realized I had PTSD, I doubled this resolve, as I knew yoga and meditation to be excellent, cost-effective methods to balance the autonomic nervous system overload that is pervasive in PTSD.   And fortunately, I had friends whose support ensured that I was able to maintain this commitment to myself.

I found Iyengar yoga, including restorative yoga, to be particularly helpful.  I study with the amazing Pagan George at Liberation Yoga, as well as maintaining a home practice.  Pagan was incredibly sensitive to my changing needs, something for which I am incredibly grateful.   He also took the time to individually teach me some meditation tools to help me though this difficult time—tools I still use today.

There are so many types of meditation, it can be intimidating to know where to start. There are plenty of non-denominational methods available that will not threaten your religious or spiritual beliefs, if that is a concern.  There are also many free resources for meditation.  I, for one, will try any meditation, and so over the years, I have developed a large “library” of meditations I can access as situations dictate. Meditation can be as simple as counting breaths: inhale for a count of 4, hold for 2, exhale for a count of 4, hold for 2.  If you find your mind wandering away from the counting, gently bring your attention back to the counting without judgment.

Yoga and meditation not only helped me cope with the hyper-arousal symptoms I was experiencing, they also helped keep me “in my body” so I didn’t dissociate, something that can happen in the wake of a trauma.  I did still have trouble sleeping from time to time, however.

One of the things I used to help me sleep was brainwave entrainment music by Steven Halpern.  I like his Sleepscape Delta for sleeping, and have long used Deep Alpha and Deep Theta in my office for my acupuncture patients, and I personally use Deep Theta often when I do restorative yoga, or when meditating or writing.

I began family therapy with my elder daughter at Southern California Counseling Center (SCCC) within a few weeks of losing Alice, but once I realized that I had PTSD, I immediately knew that I needed to try a therapy called Eye Movement Desensitization and Reprocessing, or EMDR, and asked SCCC if they offered it.   They did, and in fact, as of this writing, they are the only sliding-scale counseling center in California that offers it.

I was in a completely different place by the fifth EMDR session, and by the eighth and final session, I was a whole new person.  I am certain that with talk therapy alone, it would have taken me years to achieve what I did in eight sessions of EMDR.

They say that you never get over the loss of a child, but you do eventually learn to live despite that great loss.  I would say that “they” are right in this case, and yoga, meditation, EMDR, acupuncture, writing, and brain entrainment are all significant contributors to my recovery.

Finding Hope In Parenting After Loss

How To Honor Loss: Memorial Gifts

How To Offer Effective Help To Women on Pregnancy Bedrest

The 4th Trimester: Why We Need To Recognize the Need To Help

Grieving Together: Power of Actions & Power of Words

Steering Loved Ones In an Empty World: The Loss of A Partner

You must be the organizer of a Give InKind Page with an active Wishlist.

create a page or turn on a wishlist